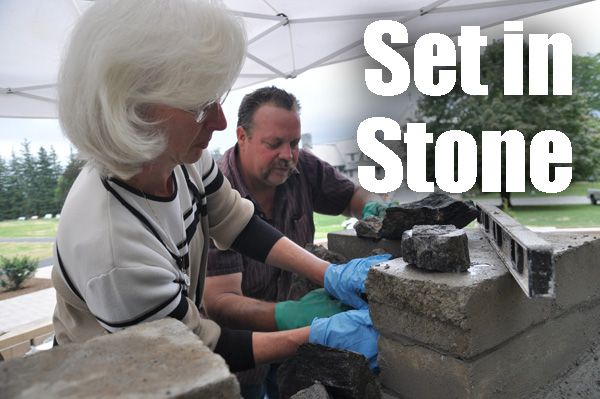 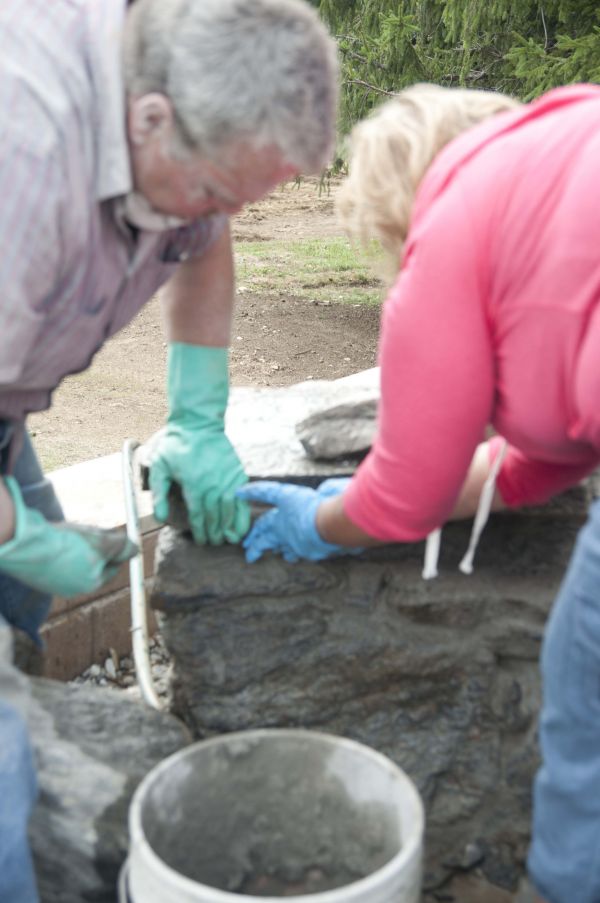 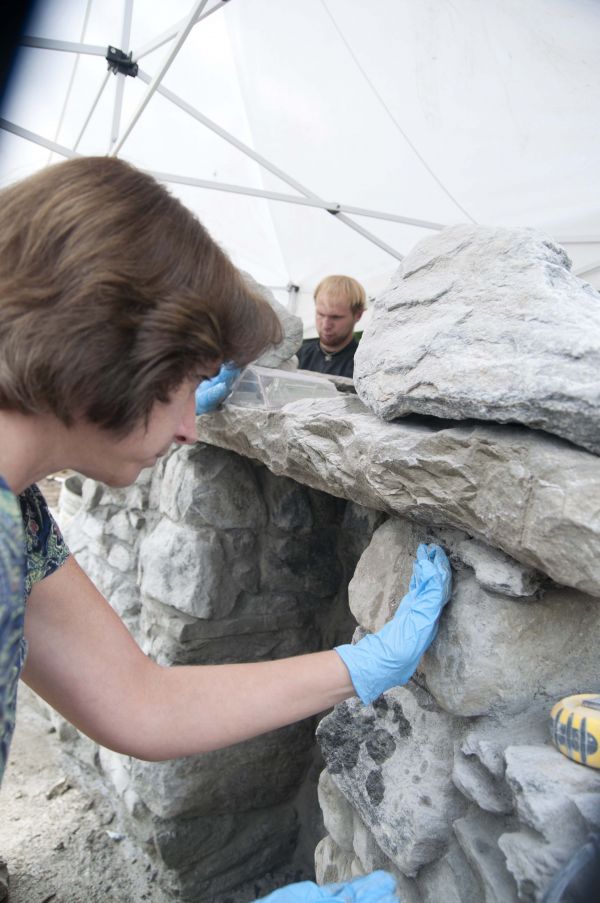 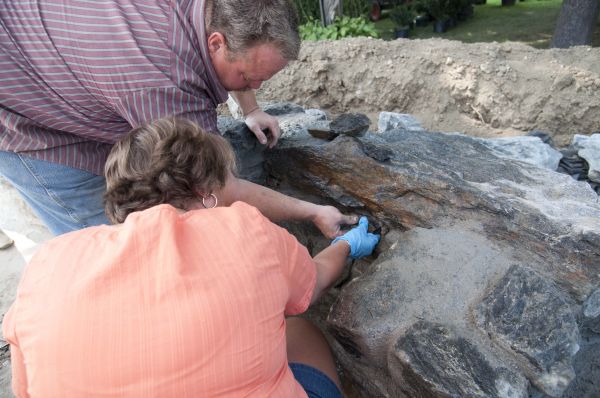 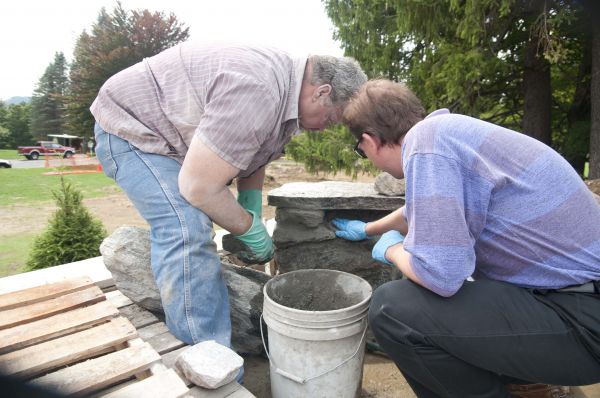 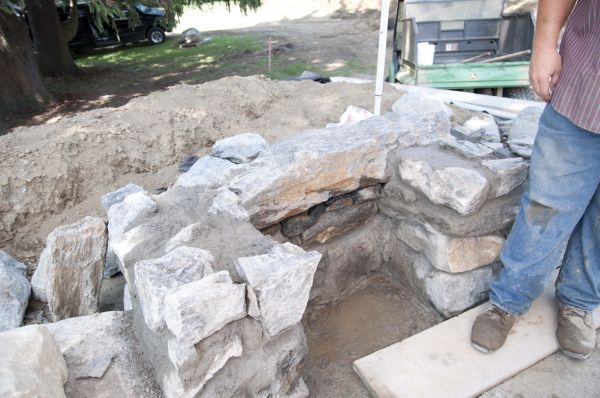 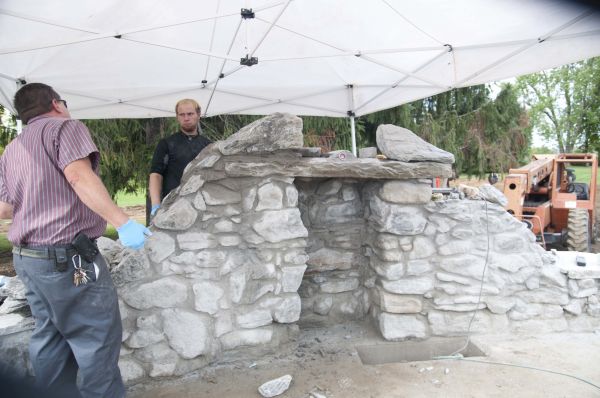 As the Marian Fathers at the National Shrine of The Divine Mercy prepare for the blessing of the new life-size Stations of the Cross this Friday, employees and religious had the opportunity to partake in history.

They were invited to individually place a stone for the tomb being built for the final station, the Fourteenth Station, where Jesus' Body is laid to rest.

The opportunity came about after Michael Slattery, a member of the Marian Fathers' maintenance crew, was asked to help build the tomb. Michael, who has experience in masonry, jumped at the chance. Using native stone, Michael and a few members from the maintenance crew started building the tomb. Then he had the idea to incorporate as many Marians, employees of the Marian Helper Center, and the National Shrine of The Divine Mercy to take part in building the tomb. Each person put on a pair of gloves and, with the help of Michael, placed their stone.

Since the Stations have become such an important part of Eden Hill, Michael wanted to include as many people as possible in this project. Michael describes this project as "a labor of love and faith."

As for the tomb itself, the Marian Fathers have received a gift from a family in Ashtabula, Ohio, of a stone from the Mount in the Holy Land where the original tomb is located. That stone, too, has been incorporated in the tomb of the Fourteenth Station — in the cap of the tomb entrance. It is encased in a container made by Assistant Facilities Manager Jason Mayhew.

The Stations project, three years in the making, was made possible by a financial gift from a generous Marian Helper. The bronze statues themselves — more than 50 all together — were done by famed Canadian sculptor Timothy Schmalz.

The blessing of the Stations this Friday — on the Feast of the Triumph of the Holy Cross — will be at 4 p.m. and led by the Most Rev. Timothy McDonnell, Bishop of Springfield, Mass. All are invited to attend. It will be preceded by Holy Mass at 2 p.m. and devotions. You can learn more about the new Stations of the Cross by visiting our webpage.