History of the Shrine

God must have looked on Eden Hill with special love.

The National Shrine of The Divine Mercy is a ministry of the Marian Fathers of the Immaculate Conception of the Blessed Virgin Mary, the authentic promoters of the message of The Divine Mercy. Located in the heart of the Berkshire Hills in western Massachusetts, the Shrine sits on 350 acres, known as Eden Hill. 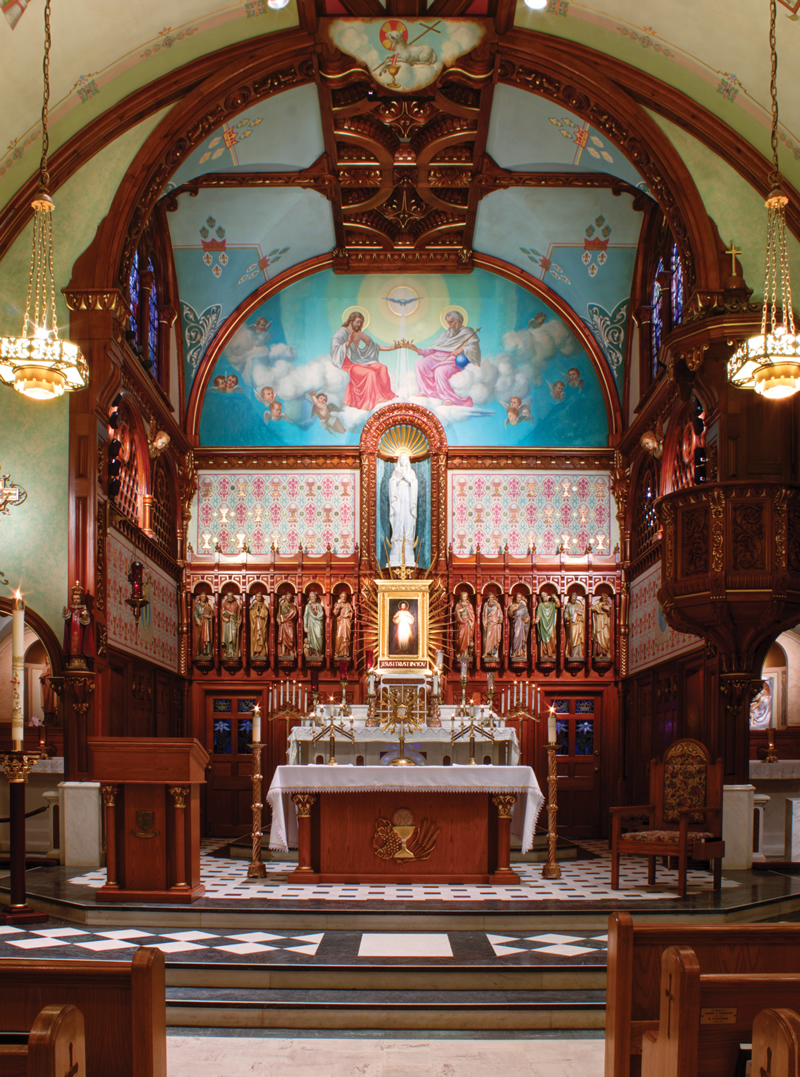 In the fall of 1943, Fr. Joseph Luniewski, superior of the Marian House in Washington, D.C., sent a young priest, Fr. Walter Pelczynski, MIC, a native of Adams, Massachusetts, to find a residence suitable for a novitiate or home for those preparing for the religious life. With the help of the pastor of St. Stanislaus Kostka Church in Adams, and with the assistance of family members and friends, the Marians purchased Eden Hill on November 24, 1943.

Prior to the Marians' arrival, this Hill had a rich history in the town of Stockbridge. Originally, the land had been the home of an early Christian mission to the Stockbridge Indians by Rev. John Sergeant. His home, known as the Mission House, can now be visited on Main Street in Stockbridge, where it was moved in 1927. The property known as Eden Park was originally purchased in 1855 by David Dudley Field, Jr. In 1906, S.W. Woodward, a successful businessman (Woodward & Lothrop) of Washington, D.C., purchased the property and built the current house, then known as Eden Hall. It replaced the Field residence which was either demolished or moved. Over the years Eden Hall was owned by several families, and by 1938 it had become St. Edmund's School — an Episcopalian preparatory school for boys. 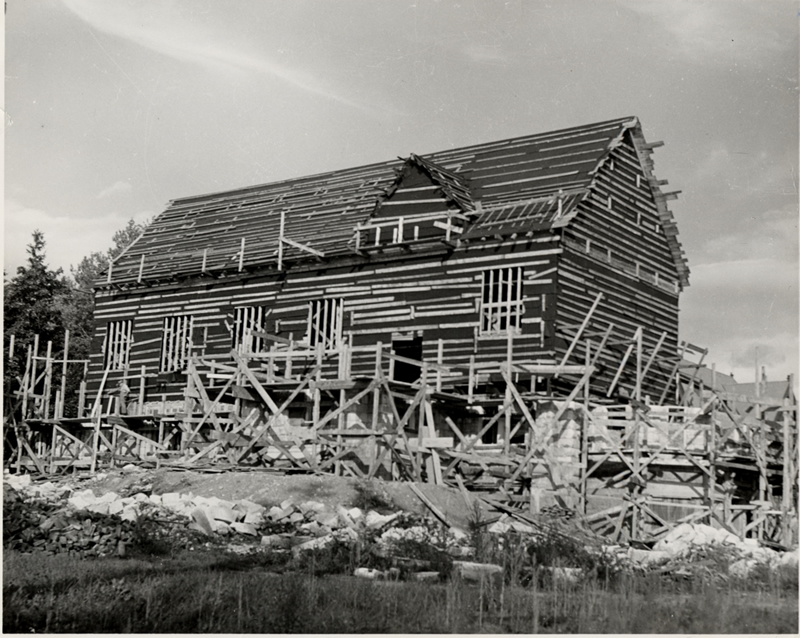 Before the Marians moved in, many families of the Berkshires donated furniture and funds to make the first years unfold successfully. A community chapel was established in the new home with a "side altar" dedicated to The Divine Mercy. As the number of pilgrims to Eden Hill increased, a larger community chapel was needed.

In 1950, the construction of the Shrine of The Divine Mercy was entrusted to Antonio Guerrieri, a 74-year-old resident of Stockbridge. He had just completed the restoration of St. Joseph's Church in Stockbridge when the Marians called him to build their new Shrine. Guerrieri was a well respected master furniture maker and wood carver — crafts for which he had been trained in his native Italy. He had also established a reputation as a restorer, designer, and builder — all skills which he had taught himself. 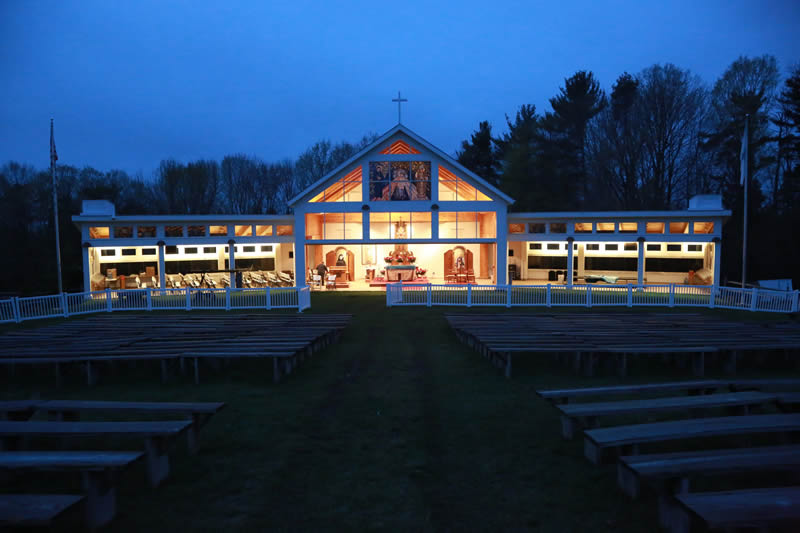 Guerrieri's first task was to assemble a work crew. In addition to this assembled crew, many friends of the Eden Hill community helped. Marian novices labored throughout their novitiate year on the construction as did seminarians who came for the summers to help maintain the property. Many "displaced persons" (World War II refugees) were engaged in the construction as well. Stone was brought in from the old Westinghouse estate in Lenox and the Williston Academy of Easthampton, Massachusetts.

It is interesting to note that there were no architectural plans or blueprints used in the building of the Shrine. Guerrieri had them all in his head and assigned work and plans to the crew as needed.

In 1960, ten years after the Marians first broke ground, the Shrine to The Divine Mercy was dedicated — debt free — by Bishop Christopher Weldon, bishop of Springfield, Massachusetts. 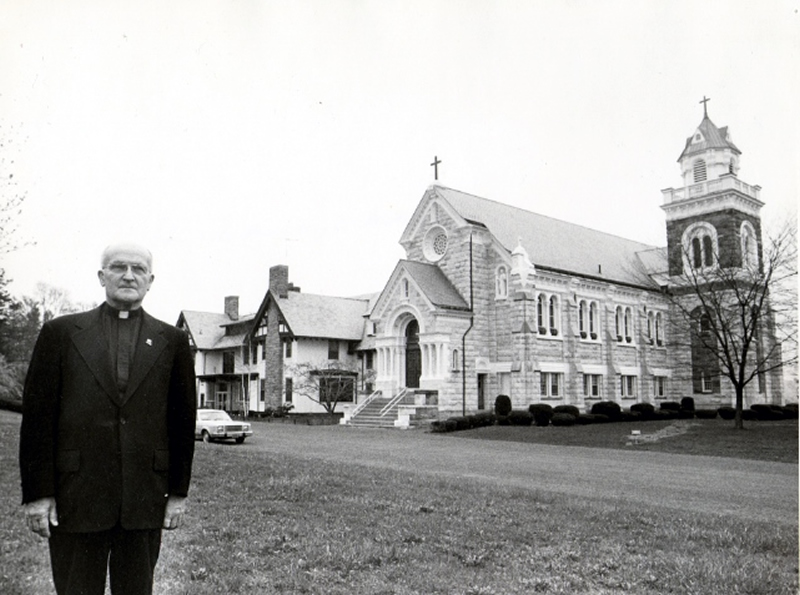 In addition to Guerrieri's extensive woodwork, it is the Shrine's 36 stained glass windows and two mosaics that give it light and character. Created by artist Fred Leuchs, the various glass and mosaics portray the mercy of God through Scripture. The fourteen Stations of the Cross were imported from Spain. The altar is made of Vermont marble and is accented by the emblem of the Sacred Heart. It holds the tabernacle for reserving the Eucharist. Above the altar stands the Image of Jesus The Divine Mercy surrounded by His Apostles. The Apostles figures were hand carved by Ferdinando Perathones of Northern Italy. (He also carved the bas relief of St. Faustina in the side chapel dedicated to her.) 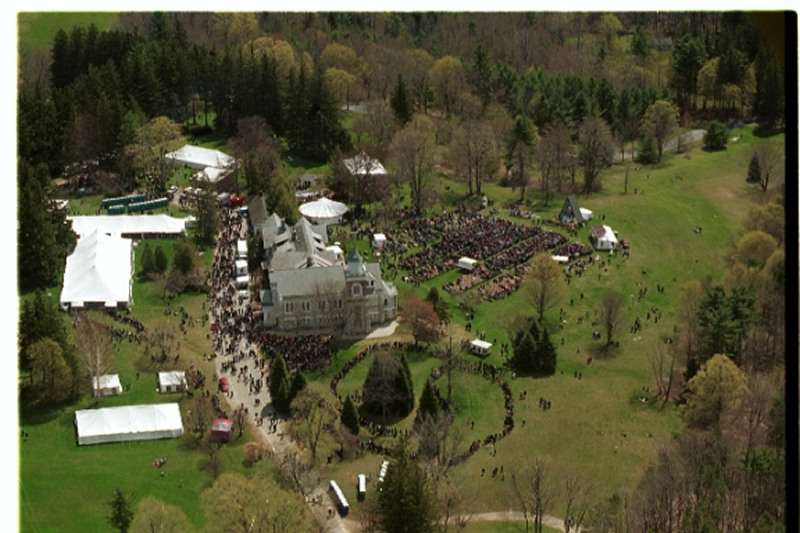 This Shrine offers many opportunities for inspiration and devotion. Pilgrims find refreshment of soul at Mass, confession, the 3 o'clock Chaplet of The Divine Mercy, and personal adoration of the Eucharist. We invite you to stroll throughout our beautiful grounds. Visit the many statues and candle shrines like the Lourdes Candle Grotto and Holy Family Shrine. The groves of St. Therese and St. Francis' each offer an oasis for silent prayer and contemplation. Several sites on Eden Hill, including the Mother of Mercy Outdoor Shrine and the Shrine of the Holy Innocents, devoted to deceased children, offer unique memorial and devotional opportunities. The Shrine is also the geographic and spiritual home of the Association of Marian Helpers and is open to visitors on weekdays.

In 2000, St. Maria Faustina Kowalska, the secretary of Divine Mercy, was canonized on Divine Mercy Sunday and the Feast of Divine Mercy officially proclaimed by Pope John Paul II at St. Peter's in Rome. The Shrine is the site for the largest celebration in the Northeast of the Feast of The Divine Mercy, which is held each year on the Sunday after Easter. The event traditionally is televised on Eternal World Television Network (EWTN). 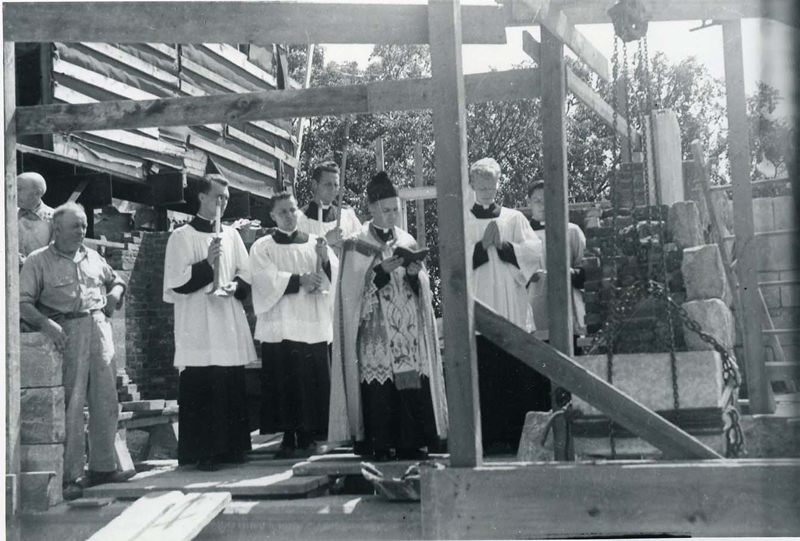 Thousand of pilgrims visit the National Shrine each year either on personal retreat or to join in the celebration of holy, ethnic or specialized days and is open to the public, daily from 9 a.m. to 5 p.m. In addition, the Divine Mercy Bookstore and Gift Shop offers an extensive selection of Catholic products to encourage you on your walk of faith. The Shrine and the Gift Shop are handicap accessible.

Whether you encounter the message of The Divine Mercy on this web site or by visiting the National Shrine in person, our prayer is that you personally encounter God's great love and mercy. As Pope John Paul II said, "There is nothing the world needs more than Divine Mercy." (Shrine of The Divine Mercy, Lagiewniki, Poland, June 7, 1997)