Home » News » What's a Catholic to Do Without the Sacraments?

What's a Catholic to Do Without the Sacraments? 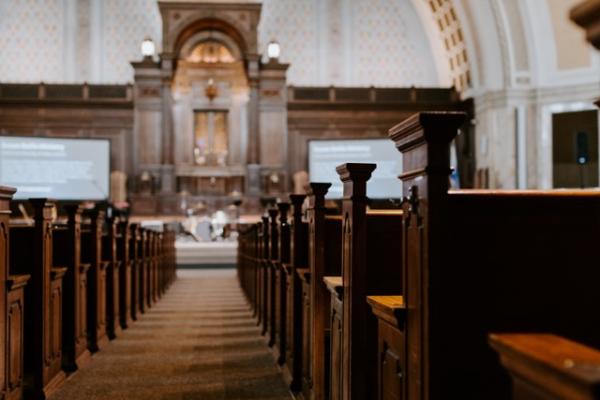 One of the charisms of the Marian Fathers of the Immaculate Conception is serving the Church where the need is greatest. Today, without access to the Sacraments, many Catholics are in great spiritual need. What’s a Catholic to do without the Sacraments? The saints and Divine Mercy show us the way.

If you’re very blessed right now, you can go to Mass in person, attend Eucharistic Adoration in the flesh, and meet your pastor for Confession. But many in our country and around the world today are not so blessed. Some haven’t been able to receive the Eucharist or go to Confession in ages. The pandemic has made access to the Sacraments around the world far harder to come by.

Thankfully, the Church has many examples of saints who became holy despite limited access to the Sacraments. Blessed Victoire Rasoamanarivo (1848-1894), a convert to Catholicism, lived in Madagascar when the French missionaries left the area as a result of a conflict. Before the priests departed, they left Blessed Victoire in charge. For three years, she led a community of about 21,000 Catholics in their faith. Though there were no priests to celebrate Mass, they would gather every Sunday for prayer. Blessed Victoire once said, “I place before my mind the missionaries saying the Mass, and mentally attend all the Masses being said throughout the world.” Finally, after three years, the priests came back and the community showed a greater appreciation for the Sacraments than they ever had before.

Saint Isaac Jogues (1607-1646) had a unique problem. When he was serving as a missionary priest to the Native Americans, he had to go without the Sacraments after he was captured by hostile natives and had his fingers severed from his hands. At the time, the Church only allowed priests to touch the Eucharist with their thumbs and index fingers. So, St. Isaac Jogues had to wait until he escaped his captors— 17 months — until he could receive the Sacraments again and attain a dispensation from Rome to say Mass without all his fingers.

Saint Mark Ji TianXiang went 30 years without receiving the Eucharist because he was addicted to opium. His pastor, who didn’t understand the nature of addiction, told him he couldn’t receive until he could overcome it. Only, St. Mark never overcame his addiction. He died a martyr, singing the Litany of the Blessed Virgin Mary as he was led to his execution.

So, if you can’t go to Mass or receive the Sacraments, consider these saints. Though the circumstances of every Catholic deprived of the Sacraments have been different, many Catholics in Church history have had to go on without them.

Watching a livestreamed Mass can help you enter into enter into the mystery of the Mass more deeply. The Marian Fathers offer livestreamed Masses every day at 9 a.m. When you “attend” Mass virtually, turn off your phone and other distractions. Even if it seems odd at first, say the responses. Follow along in the readings. Thank the Lord that you can still see and hear the Mass, even if you can’t be there in person.

If for whatever reason you cannot watch a livestreamed Mass, consider saying the Chaplet of Divine Mercy. Saying the Chaplet is no replacement for the Mass. Nevertheless, it’s a powerful prayer that shares some similarities to Mass. Dr. Robert Stackpole explained it this way:

Chaplet is a prayer of intercession made in union with the offering up of Christ's own Body and Blood, Soul and Divinity at every Eucharist. In other words, the Chaplet is like an extension of the intercessory prayers and supplications at the Mass, the Church's central and most powerful prayer of all.

We lay people, of course, cannot confect the Eucharist. We are not priests. But by our Baptism, we all have a share in the common priesthood of Jesus Christ (see Catechism of the Catholic Church, 1268). So no matter what happens to us, we can always offer Jesus back to the Father in expiation for our sins and take part in the Paschal Mystery of Jesus Christ.

God takes our situation into account. He won’t deprive us of the grace we need if our circumstances prevent us from going to Mass. Everything that happens to us, the Lord allows. So trust that even if you feel far from the Lord amidst this global pandemic, He will supply you with abundant graces and see you through all the trials you face.

Photo by Kelly Sikkema on Unsplash.